Get fresh music recommendations delivered to your inbox every Friday.
We've updated our Terms of Use. You can review the changes here.

I Heard You're Dead, You're Not in Texas 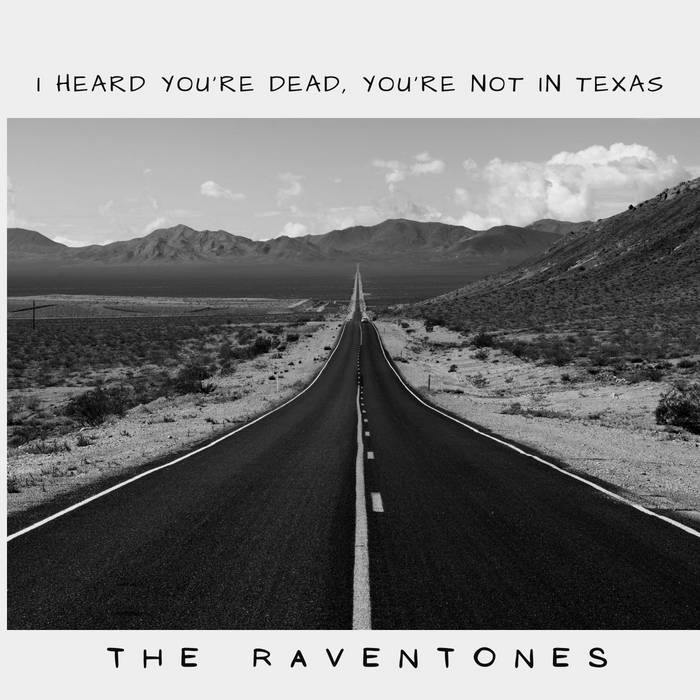 This is a surprise late chapter in a story from the 90s I was going to say "last chapter", but obviously this Muse speaks from beyond the Veil.
This is a remake, re-tell, re-write of "You're not Dead, You're Just In Texas" from TR Kelley's 1997 Ghosts of Dreams album.
Twenty something years later, back in the Arizona desert, this sequel arrived one evening with the brilliant golden sunset. Much scribbling ensued.

Compare the lyrics. Same song - different words, bigger guitars, hushed drums. Twenty-something years of time also equals depth when it comes to TR's vocals. The song has been lowered from the key of C down to A. The shimmer of baritone electric guitar and TR's travel-worn voice evoke desert roads and still, even now, ghosts of dreams.
Keep....on.....driving

I Heard You're Dead, You're Not in Texas
-----
Interstate, night is falling
headlights coming on across the plains
the open road's still my place for thinking
truck-stop restroom mirrors reflect twenty years of change

back between the lines in suspended animation
chasing memories of that long ago farewell
dulled by time and distance and the whining of the wheels
on a road trip, in a desert, a mirage alive and well

when you lose love to the grave, that love is kept in amber
time is turning golden as the hands and face grow still

I heard you're dead, you're not in Texas
1-915, i forgot the rest, but now there's nothing but dial tone
last time i called you, you were in Texas
That was years ago, in New Mexico, but now i know you’re home

Is that your shadow, out working in the winter twilight
watching sunsets rolling in across the plains
i still hear you in the towers and the wires,
southwestern desert miles
quiet space still echoing the things we did not say

i exit at that little town, there's less than when we left
houses broken, falling down in the dusty winter wind
in this desolation, i've lost my old direction
those songs from long ago with darkened words that know the way

So now you're dead, i won't drive to Texas
i'll put the car in gear, put the music loud and put away my phone
we had some fine, fine times down there in Texas
but now it's time, to let it rest and I'll see you back
at home
we're all going home
but for now,
keep on driving
away

Bandcamp Daily  your guide to the world of Bandcamp